Christopher Nolan’s Dark Knight trilogy was something else. It’s not an easy thing to find a new way to tell a story that’s been told many times before. And yet, Nolan did.

He gave us a vision of Gotham that was gritty, complex and often brutal. Oh boy, was it brutal.

“Some men just want to watch the world burn.”

That’s what Alfred said to Bruce Wayne. He was trying to explain the insane, destructive nature of Gotham’s criminal element. And, yes, “insane” is exactly the right word.

Over the course of three movies, we see Batman’s stomping grounds terrorized by seven different super villains. They destroy the city’s railway system, devastate the water supply, wreck a few banks, turn a football field into a crater, and blow up a hospital.

And despite all that, local residents somehow managed to keep going. When you think about it, the city of Gotham must have had one impressive disaster recovery plan.

Sometimes technology is sexy. Everyone gets excited about the new iPhone, the upcoming version of an OS or any kind of innovation to existing gadgets. But disaster recovery? Not sexy at all.

That’s because when disaster recovery works well, it feels anticlimactic.

When the lights dimmed in theaters for The Dark Knight, no one in the audience got pumped about the fact that public transportation in Gotham seemed to be alright even though Batman Begins ended with a massive train crash. We just assume life will go on for the people who live in superhero cities where things blow up from time to time.

But what about your business? If something blows up there, will things go on?

Things blow up more often than you think.

According to one survey, 54% of companies have experienced a network outage lasting at least 8 hours. Causes include power outages (the majority of the incidents), human error and hardware failure.

Why is that important? Because too often we equate “disaster recovery” with newsworthy acts of God. But anything that takes your business offline for 8 hours – a full workday – is a disaster.

Do you have a plan for keeping your business going if your network drops offline for a whole day? You really should.

Disaster recovery to the rescue.

Disaster recovery has a single goal. It won’t make your company more efficient, or generate leads, or attract new employees. It won’t even make you more profitable during normal day-to-day operations.

Instead, disaster recovery helps you get back on your feet in the wake of any kind of interruption. That’s it. It’s that simple.

If you have the agility to continue being productive, even in the midst of chaos, that’s an incredible competitive edge. That can easily make the difference during the most critical times.

Really good disaster recovery won’t win awards. No standing ovations. Just your company continuing to do business, even if things around you are unstable and unfavorable.

KME has you covered.

That kind of disaster recovery is a subtle art. It sounds simple. But contrary to how straightforward it may look, it takes some serious planning, experience and knowledge to make it a reality.

In other words, this is a good time to call in the pros.

The team at KME Systems knows how to deliver the kind of disaster recovery that can keep your organization in business, even in the worst of times. If you’d like some help with your disaster recovery plan, give us a call. What a Business Continuity Plan Means to You 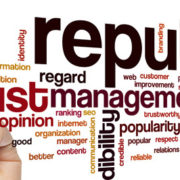 Is your network security strong enough to protect your reputation? Is your business data safe in the cloud?
0 replies