IT support is an interesting thing. Because every company needs it, it’s easy to assume it’s all pretty much the same. With all the managed services providers out there, how different can any of them really be?

Well, we can’t speak for everyone else doing IT support, but our way of doing things is anything but typical. We’re drawn to unique approaches and creative problem-solving. Perhaps that’s why we’re fascinated by General George S. Patton, Jr.

His leadership during World War II is the stuff of legend, in part because he wasn’t shy about unorthodox approaches.

With that in mind, here are five interesting facts about General Patton that mirror the kind of IT support KME provides.

Fact #1: Before his military fame, Patton competed in the 1912 Summer Olympic Games.

Patton competed in the very first modern pentathlon. Not only that, but he was in the running for a medal, placing fifth overall. It’s possible that he should have placed higher. He argued that his marksmanship in the pistol shooting competition was so good that some of his bullets traveled through the same holes left by previous shots!

We pride ourselves on world-class IT support. We have high standards of excellence, and we routinely push ourselves to ensure we’re delivering the very best support possible for our clients.

They were Colt .45s. He used the first in the Pancho Villa Expedition, later adding a second. As History.com explains, “The flamboyant pistols contained his hand-carved initials and became his trademarks.”

We have our own kind of flair, and in comes through in how we do what we do. After all, our company slogan is “We give a damn.” When you’re working with us, you know you’re working with an IT support provider who cuts to the chase and tells it like it is.

Fact #3: Patton was all about “cutting-edge” design.

He was among the best swordsmen of his day, but disagreed with how the cavalry of his time used blades. He preferred thrusting to slashing, so he designed a new kind of sword to allow for a change in tactics.

We understand that technology is a moving target. What works today will be outdated tomorrow. Rather than resisting change, we embrace it. We stay up-to-date on new developments and embrace new solutions. We believe that’s exactly what you should expect from your IT support provider.

Fact #4: He was close to the action. Really close.

Some generals prefer the safety of distance, orchestrating military strategy from a protected bunker well outside the battle area. But not Patton. As historian Stephen Ambrose reports, Patton “was often so close to the front that he could hear the different rates of fire of American and German machine guns.”

We’re ready to roll up our sleeves and dive in. No one on our staff is ever going to tell you, “That’s not my job.” Instead, we’ll work with you to find the right solution. That’s because we’re genuinely invested in your IT support – like a partner, not a vendor.

Fact #5: He was a big believer in communication, even taking dictation . . . from his dog, Willie.

You read that right. Patton doted on his English bull terrier, Willie, and reportedly took dictation from him, writing letters on his behalf to the family dog back home.

We believe communication is the key to solid IT support. While we’ve yet to facilitate canine correspondence, we’re serious about keeping the lines of communication open. It’s our goal to be transparent, accessible and easy to work with.

The IT Support You Deserve

Your company isn’t like any other company. Your IT support shouldn’t be some cookie-cutter, plug-and-play solution. It should be as unique as your needs.

That’s the kind of IT support KME provides.

If you’d like to learn more about our services, please feel free to get in touch with us today. We’d be happy to show you just how amazing custom IT support can be. 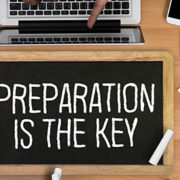