When Citizen Kane made its debut, it took motion pictures to a whole new level. Seriously, it was groundbreaking. That’s not just filmophile hype. That’s the truth.

Citizen Kane ranks #1 on the American Film Institute’s top 100 films list, it holds the #2 spot according to The Hollywood Reporter, and comes in at #3 on Rotten Tomatoes’ list. For perspective, we’re talking about a movie that came out in 1941, just 14 years after “talking pictures” first appeared on the scene. It’s a black-and-white classic, and it’s held in higher esteem than countless bigger-budget blockbusters.

Not only that, but it literally changed how films are made.

Why is Citizen Kane Such a Big Deal?

Critics fall all over themselves singing the praises of Citizen Kane for a lot of reasons. The film used lighting effects, makeup, camera angles, lenses and storytelling techniques that had never been used before.

For example, in 1941 it was more or less unheard of to show the end of a story at the beginning of a film. But that’s how Citizen Kane starts—at the end. The opening sequence shows the main character dying as he whispers a single, mysterious word. “Rosebud.”

The point is, there were things about Citizen Kane that were unique, new and powerful. It introduced audiences to a whole new way to experience film. And it was so good, so well done, that we’re still talking about it (and still watching it) nearly 80 years later.

Those three qualities—unique, new and powerful—can make just about anything a big deal. We see one or more of those qualities pop up in business technology on a fairly regular basis. When a new high-tech solution comes onto the scene embodying even just one of those characteristics, it can be a game-changer.

When something includes all three, we know it’s going to be a big deal . . . if the end-user (that’s you) knows about the unique, new and powerful advantages.

Take Office 365 as a perfect example. The Microsoft Office suite has been around since 1990. You’re almost certainly familiar with programs like Word, Excel, PowerPoint and Outlook. Right now, more than 1.2 billion people use Microsoft Office, and there are an estimated 60 million commercial Office 365 users.

So, yeah, you’ve probably heard of it.

But even if you use Office 365 every day, you may not know everything that makes it special. There are productivity tricks in Office 365 that can give you back hours of time, making your workday smoother, easier and less chaotic.

Here are some of our favorites.

1. You don’t have to email files anymore.

Office 365 comes with the handy-dandy addition of cloud storage space. There are all kinds of amazing things you can do with the cloud to make your business more agile, and cloud storage ranks high on that list. The nice thing about Office 365’s cloud storage is how it integrates with the entire suite to boost productivity.

Exhibit A: Email attachments aren’t a bad thing at all, but avoiding them can be nice. It makes for less strain on your email server, and it’s kinder to everyone’s inbox. With Office 365, you can just send a link instead of sending an entire file. And if you’re collaborating with someone, that link can even grant edit permissions.

2. PowerPoint presentations are a breeze with templates.

If you’re new to PowerPoint, the idea of crafting a presentation from scratch might induce a panic attack. Well, fear not. Pre-designed templates to the rescue!

Office 365’s PowerPoint templates are responsive, easy to work with, and (best of all) good looking. Even if you’ve never created your very own slide deck, you’ll be presentation-ready in no time.

If wrangling your email inbox is a constant chore, we suggest you check out the Focused Inbox function that comes with Outlook in Office 365. Outlook does a surprisingly good job of sorting the most important messages for you, dramatically reducing the time it’ll take you to stay on top of all your email communication.

A shocking number of Office 365 users have no idea there are plugins for their favorite productivity programs. If you need a little additional functionality, there could easily be a plugin out there that will fit the bill perfectly.

Here are two plugins for Outlook you should check out:

Starbucks for Outlook makes it super easy to order Starbucks gift cards and schedule meetings at Starbucks locations. If you find yourself meeting with colleagues and customers on the go, this is a must-have.

Uber Ride Reminder allows you to schedule Uber rides when you create an event. The plugin will even send you a reminder when it’s time for your ride.

Real-time collaboration is a special kind of productivity magic. Office 365 allows you and a few of your favorite coworkers to access the same file at the same time and make changes together. Rock your next collaborative conference call with a little high-tech abracadabra.

6. Turn notes into events and tasks.

OneNote is a powerful organizational tool. Available from just about any device via Office 365, it makes keeping up with lists, meeting notes and brainstorming ideas easier than it’s ever been. But there’s another perk to using OneNote.

You can convert those electronic notes into calendar events or tasks right from OneNote. You’ll never miss another “next step” again.

Who hasn’t been caught in a frustratingly persistent “reply to all” email conversation? Once it starts, your inbox can blow up with tidbits of conversation that have nothing to do with you. And it doesn’t matter how much you suggest everyone just reply, sans the “to all.” Someone always includes everyone.

But now you have a way to retire those conversations when they don’t concern you. Office 365 gives you the option to ignore email threads, automatically sending new messages in the same thread to the Trash folder.

Explore All of Office 365

While those are some of our top tips, that’s hardly everything. Office 365 is a robust tool. There are dozens of ways you can harness its power to make your company more productive.

And if you need a little help wrapping your mind around all that Office 365 has to offer, we’re here for you. Feel free to reach out to us at any time. We can assist with anything from a brand new migration to employee education. 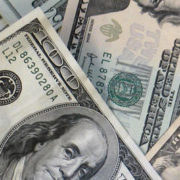 Things VoIP Can’t Do for You (or Your Business) 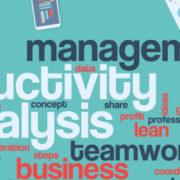 Put Regulatory Compliance on Your Radar